Today the Schuman space is a simple roundabout, a device for organising the flow of cars and public transport. The spaces reserved for pedestrians and cyclists are residual and of very low quality. The objective is to change the face of this emblematic place of the capital into an urban agora, a meeting place in a pacified environment. This qualitative redevelopment of the Place Schuman will enable it to become a meeting place for the people of Brussels, the public of the European institutions and tourists.

The design by the architectural offices COBE and BRUT is the result of an architectural contest. It is based on the design of concentric circles that increase in size throughout the project area. In the centre of the new space, an emblematic meeting place is created by shaping the land into a bowl. This bowl is overhung by a majestic canopy. Around the central agora, a large pedestrian area is created. A vast pedestrian area is thus created, stretching from the Cinquantenaire Park to the Loi Bridge. The whole area will be treated in a homogeneous and green manner. 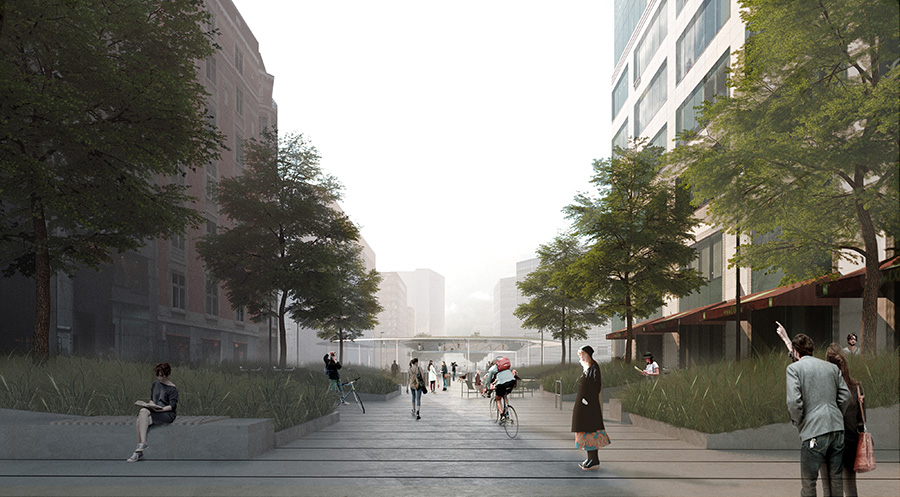 In conjunction with the competition, the Region, in consultation with the municipalities and the European institutions, carried out a mobility study in order to draw up a suitable traffic plan to accompany the project. Instead of a roundabout intended almost exclusively for motorised traffic, it was decided to free most of this space from motorised traffic and to make it a zone devoted mainly to non-motorised modes of transport, to pedestrianise the Rue de la Loi (between Schuman and the Parc du Cinquantenaire) and to green this section in order to create a real link between the Parc du Cinquantenaire and the new square. Traffic between Avenue de Cortenbergh and Rue de la Loi will, however, be maintained. 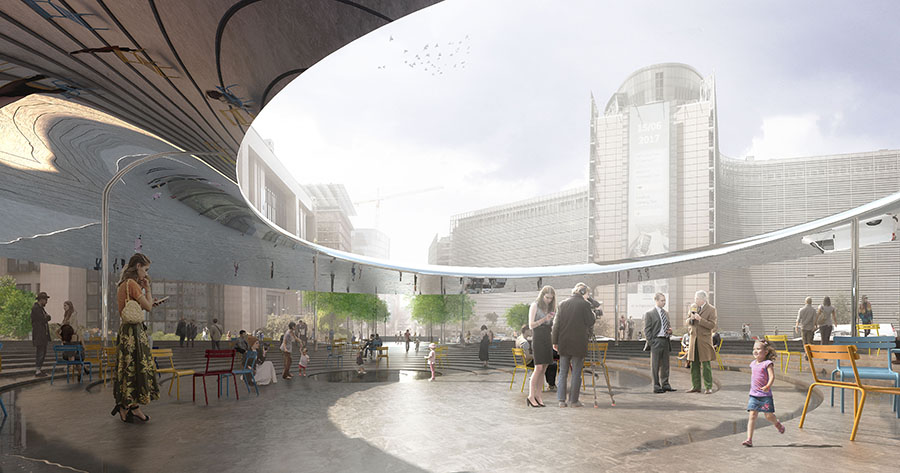 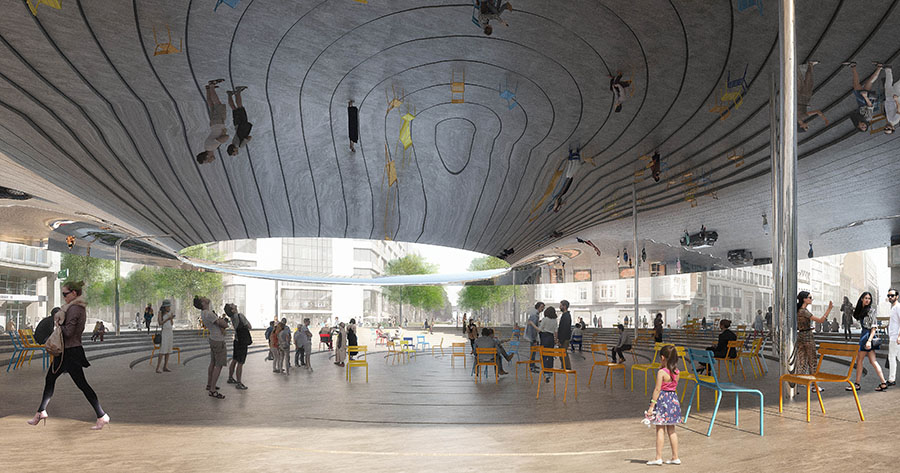 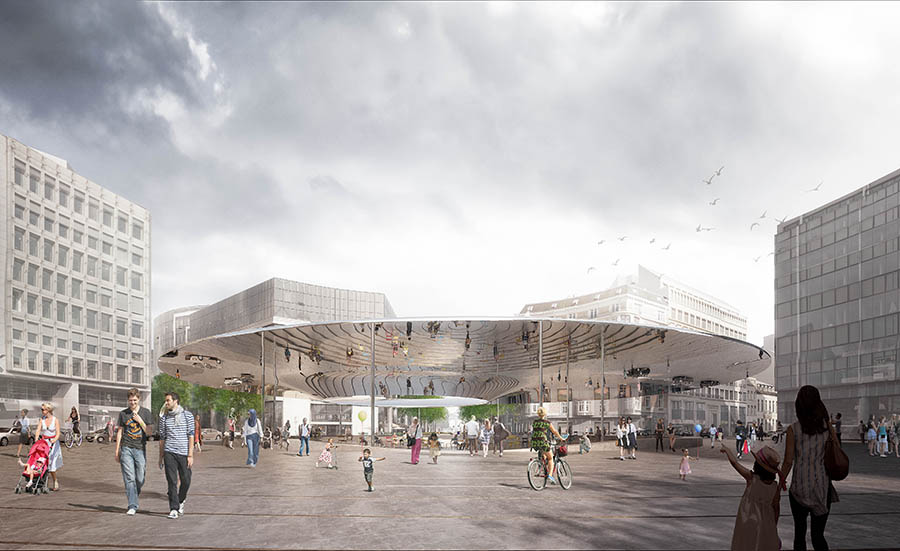